Ah, the announcement you've all been waiting for, which of the nearly 70 books do I think are Carnegie worthy?  It was a difficult choice, there wasn't anything that I actually disliked, although only maybe 20 of them that I thought were great.  Have a look at my previous posts for brief reviews.

Without further ado, my shortlist of 8 (never know whether it will be 6 or 8 on the real one...) is:


VIII by H.M. Castor
Maggot Moon by Sally Gardner
After by Morris Gleitzman
A Face Like Glass by Frances Hardinge
In Darkness by Nick Lake
Wonder by R.J. Palacio
Mister Creecher by Chris Priestley
Code Name Verity by Elizabeth Wein
Special mention for: Kill All Enemies by Melvin Burgess and Dying To Know You by Aidan Chambers
I can't wait to find out if I match the judges choices although I have a feeling I might be completely out of line with them!  I try to look at the criteria but mainly go with gut instinct as to how 'good' a book is.  I'm not 100% certain of what will win.  Last year I knew it would be A Monster Calls because it was a league above everything else, this year nothing's jumping out at me (not to say they're not as good of course) but I have a feeling it may be... 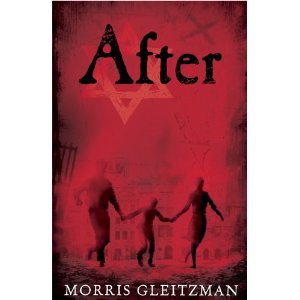 Keep your eyes peeled for the official shortlist announcement on Tuesday!
Posted by CazApr1 at 16:09