In which I disagree with one of the most popular authors for teen boys in the UK.  I feel terrible but I can't help it...

Spring, 1941. German submarines are prowling the North Atlantic, sinking ships filled with the food, fuel and weapons that Britain needs to survive. With the Royal Navy losing the war at sea, six young agents must sneak into Nazi-occupied Europe and sabotage a submarine base on France's western coast. If the submarines aren't stopped, the British people will starve.
taken from Goodreads

I loved the first couple of books in the Henderson Boys series by Robert Muchamore, but I just finished reading Grey Wolves and was frankly disturbed by the coarse language, not just that the characters used but in the descriptions, and the blunt killing of dozens of German soldiers without remorse. So ok, the Germans are the bad guys in the book but they are still human beings.  At one point near the end I think perhaps Muchamore thought about the emotional impact and so had one of his young characters feel bad (admittedly a minor character had earlier had a small attack of conscience), with Henderson giving the worldly advice “When you stop feeling it you're not human any more”. Too little too late for me, especially with other characters very obviously  enjoying the large scale devastation and slaughter.


I am always amused by how violence is much more acceptable in something written for children than s*x scenes but I don't like it having no real purpose or consequence. I'm a big fan of a lot of books that have extreme violence in them, and often these scenes are necessary to give life to the story, but I think there needs to be consequences or at least a bit of remorse! As a couple of brief examples: The Hunger Games books by Suzanne Collins are extremely violent, but Katniss was not a willing participant and the series has a strong message, while Darren Shan's Demonata series might be gory enough to put me off my lunch but it is demons that are the bad guys and although a large number of humans die the deaths are regretted. 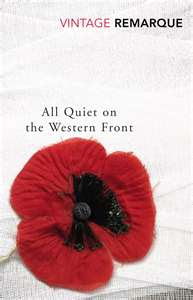 Having recently read All Quiet on the Western Front, written between the Wars by a German about a German boy sent to the front in WWI, I was particularly aware of the truth that the majority of German soldiers were fighting for the same reason as the majority of the British – their country was at war so they had no choice. Remarque's story happened to be about a German boy but change a few sentences about home and it could have been about a British soldier. The German soldiers that Henderson and his young team murder in cold blood in many scenes of the book could have been trussed up or avoided rather than taken out using such vicious means. Even if a lot of them were actually terrible people (I'm sure in real-life there were few Gestapo Officers I'd get along with) it does not follow that every soldier they came across deserved to be tortured and killed.  A battle scene is one thing but sneaking up behind someone and cutting their throat, although something that would have happened in occupied France, is not something to promote to young readers as brave and honourable. The very brief mentions of French civilians being killed in retribution for the acts of the Resistance at a couple of points in the book were probably intended to highlight the evil actions of the German occupiers, but to me they just highlighted the callous, selfish nature of Henderson and his team and the lack of worth they afforded a human life.  Muchamore might make the point that Luc is abnormally nasty but he needs to get more of a comeuppance, not just the occasional scolding as if he is a naughty schoolboy.


It could have been a really exciting story, indeed it was in places, but in my opinion so many horrible happenings without any real emotional fallout (I know the point is that teenagers can be hardier than you'd expect with a bit of training but there are limits!) made it uncomfortable reading. It is going the same way as the Cherub series, in which the levels of moral corruption of minors – s*x, drugs and violence – in later books have begun to wear thin. Instead of 'gritty realism' they are books in which the characters just feel like bad role models for our kids, and although I don't like preachy books that have an obvious moral being forced down the readers' throats, I like heartless books even less.
Posted by CazApr1 at 13:59