Have a look at my last post about shadowing the Greenaway award to see how we narrowed down the books to look at 4 of them in session 2...

Firstly, I gave them a simplified version of the criteria and we discussed what each aspect means and how we should assess the books. One thing they find very difficult is to recognise that the fact a book is babyish doesn’t mean it is bad but that it is aimed at a younger readership, with this in mind it wasn’t surprising that 3 of the ones they liked the least last week are the ones that are the  classic definition of ‘picture book’. While we discussed the criteria I showed them pages from the 4 books that demonstrate what we were talking about, and then gave them a brief summary of what each story is about. The task for the day was, in pairs or threes, to look at one of the books in more detail to decide why it is a worthy contender for the prize.  They had 10minutes to do this and then present their reasons verbally to the rest of the group while showing them their favourite pages. 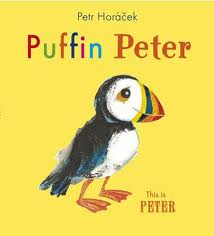 Puffin Peter’s readers loved the colours, Solomon Crocodile’s readers loved the expressions on the characters’ faces, while There are no cats in this book led discussion about the different methods of illustration that are used in it and how it involves the reader. Those looking at The Gift initially said they didn’t like it, but I said they have to think of something positive to say so have a closer look, and eventually the brilliance of the cut out design of the pages brought them round and they spoke really well about how detailed the pages are and how effective the use of one colour on each page is. 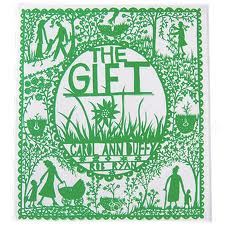 The goal was to persuade the rest of the class that the book was a worthy contender, and the end result was that we had to vote out 2 of the books. They put their heads on the desk so they couldn’t see what the others were voting for and put their hands up when I called out titles. The two we’re never going to look at again…Solomon Crocodile and There are no cats in this book! I was very surprised that The Gift ended the lesson as a favourite as none of them had wanted to have it as their book to promote, but I think it is their dislike of babyish things coming out again. The Solomon Crocodile team were very disappointed but everyone agreed that we needed to let the cats out into the world... 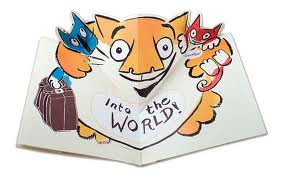 In another session I decided it was time to do some reading, so we started Slog's Dad together, looking closely at the pictures and discussing what story they are telling.  I wouldn't say they're enjoying it because they know it is really sad and they're pretty squeamish about how his Dad wastes away, but I think they are appreciating how well the pictures tell the story without even really needing the words.  I wouldn't be surprised if it stays a favourite right to the end of our shadowing.﻿
Posted by CazApr1 at 17:52